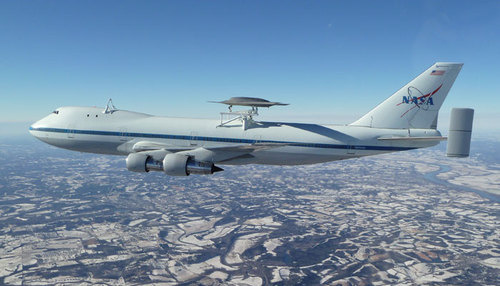 As the space shuttle fades into the sunset, NASA’s Boeing 747 Shuttle Carrier is looking for a new job. Here’s the first time it has been used for carrying an aircraft other than NASA’s orbiter: The Phantom Ray combat UAV.

NASA’s special 747 and the Phantom Ray took off St. Louis on December 13, in a first for both planes: Not only the Shuttle Carrier was carrying a ship that wasn’t the shuttle for the first time, but it also was the Phantom Ray first airborne test. The 747 climbed to 14,000 feet while engineers observed the flight from a chasing plane, making sure it was going to be safe for both aircraft to complete its 1,800 trip to Edwards Air Force Base, in California. There, the Phantom Ray will be flying solo for the first time.