There are several other reasons why you need to have sex more often.

If you thought that the only benefit of sex was, well, pleasure, here’s some news for you. Making love is good for adults. And making love regularly is even better. Not only does it help you sleep well, relieve stress and burn calories, there are also several other reasons why you need to have sex more often.

END_OF_DOCUMENT_TOKEN_TO_BE_REPLACED 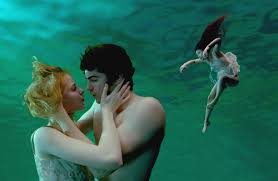 You now have a Healthy excuse to fill your life with pleasure!

END_OF_DOCUMENT_TOKEN_TO_BE_REPLACED After reaching an income of $75,000, money doesn’t buy happiness.

Does happiness rise with income? In one of the more scientific attempts to answer that question, researchers from Princeton have put a price on happiness. It’s about $75,000 in income a year.

END_OF_DOCUMENT_TOKEN_TO_BE_REPLACED

The economy trudges ahead yet debt dogs many Americans, stressing them out even as they firm up their own financial foundations. There are new jobs produced but old worries persisting for people despite belt-tightening and boosted savings, according to an Associated Press-GfK poll.

END_OF_DOCUMENT_TOKEN_TO_BE_REPLACED

Falling is a common theme in nightmares

Losing a loved one, being chased by a monster or running hopelessly late for a vital appointment – it’s all the stuff of nightmares.  And for some of us, it’s a show of horrors that unfolds most times we go to sleep.  Others claim never to be troubled by dreams of any sort.

END_OF_DOCUMENT_TOKEN_TO_BE_REPLACED

To our ancient ancestors, those signs would presumably be signals of impending drought or other natural disaster, which would indicate a coming food scarcity. [Ralph] Catalano and colleagues concluded the closest thing we have today is the announcement of mass layoffs at major employers, which impacts “the degree to which the larger population perceives a threat to its economic security.”

END_OF_DOCUMENT_TOKEN_TO_BE_REPLACED

Parents who push themselves too hard at work may harm their children’s chance of success at school.  Research shows that mothers and fathers with career burnout pass on their feelings of disillusionment at home. Their offspring are more likely to lose interest in schoolwork.

END_OF_DOCUMENT_TOKEN_TO_BE_REPLACED

The Kenosha, Wisconsin Police Department recorded their own version of The Twelve Days of Christmas using gifts they are accustomed to.

About 20 members of the Police Department were involved in the making of the video, which was directed by Crime Prevention Officer Jeff Wamboldt and edited by Safety Officer Dennis Walsh. Work on the video began in September with filming throughout the month of October; the video was finished before Thanksgiving.

END_OF_DOCUMENT_TOKEN_TO_BE_REPLACED

Employees who are invigorated and dedicated have a happier home life, according to a new Kansas State University study.  The researchers studied how positive work experiences extend into family life and facilitate family interactions.   They found that employees who are engaged in their woek, which includes higher levels of vigour, more dedication and absorption in daily activities, have better moods and more satisfaction at home.

END_OF_DOCUMENT_TOKEN_TO_BE_REPLACED

For the 2nd year running, the winner is Chicago

Sinking property values, high unemployment and prices, and poor environments add to the pressure felt by residents in these metros.
Few enjoy their commute. Just ask Stephen Dinwiddie, M.D., a psychiatrist at the University of Chicago.
“I think anybody who, like I do, commutes on the Kennedy on a daily basis knows exactly what stress is,” he says, of his daily home-to-work commute on Chicago’s expressway that extends from the Chicago Loop to O’Hare International Airport. “It takes anywhere from 30 minutes to several centuries–at least subjectively.”
But more pressing factors make Chicago for the second year in a row the country’s most stressful city. Crowding, poor air quality, a high 11% unemployment rate and free-falling home values have created a cocktail of constant worry affecting many in the Windy City.
Los Angeles, Calif., ranks second, followed by New York, N.Y., Cleveland, Ohio, and Providence, R.I.
Behind the Numbers
To find the country’s most stressful cities, we examined quality of life factors in the country’s 40 largest metropolitan statistical areas, or metros–geographic entities defined by the U.S. Office of Management and Budget for use by federal agencies in collecting, tabulating and publishing federal statistics. We looked at June 2009 unemployment figures provided by the Bureau of Labor and Statistics and cost of living figures from the Council for Community and Economic Research. We examined median home-price drops from Q1 2008 to Q1 2009 that were provided by the National Association of Realtors. Population density based on 2008 data from the U.S. Census Bureau and ESRI also factored. Last, we examined the number of sunny and partly sunny days per year, based on 2007 data from the National Environmental Satellite, Data and Information Service, as well as air-quality figures, based on 2007 data from the U.S. Environmental Protection Agency.

Sinking property values, high unemployment and prices, and poor environments add to the pressure felt by residents in these metros.

END_OF_DOCUMENT_TOKEN_TO_BE_REPLACED

People who get divorced are more likely to suffer health problems including heart disease and cancer, even if they go on to remarry, a study has shown.

END_OF_DOCUMENT_TOKEN_TO_BE_REPLACED

Short duration stress good for youExperiencing chronic stressday after day can produce physical and mental wear and tear and retard learning. However, acute stress — a short stressful incident — may energise learning and memory, according to a recent study.