If you collected up every Sars-CoV-2 virus particle in the world, it would fit inside a soft drinks can, writes the mathematician Christian Yates.

When I was asked to calculate the total volume of Sars-CoV-2 in the world for the BBC Radio 4 show More or Less, I will admit I had no idea what the answer would be. My wife suggested it would be the size of an Olympic swimming pool. “Either that or a teaspoon,” she said. “It’s usually one or the other with these sorts of questions.”

So how to set about calculating an approximation of what the total volume really is?

Fortunately, I have some form with these sorts of large-scale back-of-the-envelope estimations, having carried out a number of them for my book The Maths of Life and Death. Before we embark on this particular numerical journey, though, I should be clear that this is an approximation based on the most reasonable assumptions, but I will happily admit there may be places where it can be improved.

So where to start? We’d better first calculate how many Sars-CoV-2 particles there are in the world. To do that, we’ll need to know how many people are infected. (We’ll assume humans rather than animals are the most significant reservoir for the virus.)

According to stats website Our World in Data, half a million people are testing positive for Covid every day. Yet we know that many people will not be included in this count because they are asymptomatic or choose not to get tested – or because widespread testing is not readily available in their country.

Using statistical and epidemiological modelling, the Institute for Health Metrics and Evaluations has estimated that the true number of people infected each day is more like 3 million. 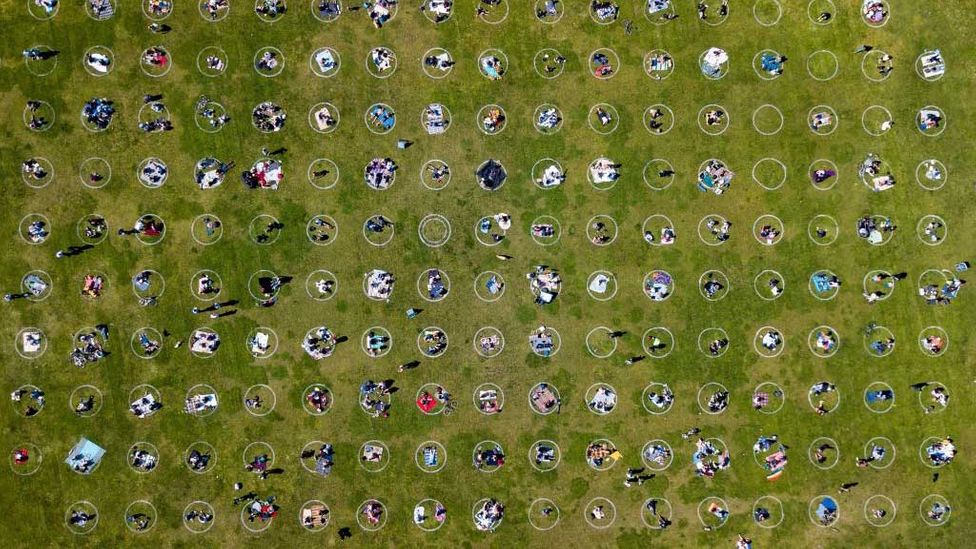 First, you have to calculate roughly what the viral load per infected person would be (Credit: Josh Edelson/Getty Images)

The amount of virus that each of the people currently infected will carry around with them (their viral load) depends on how long ago they were infected. On average, viral loads are thought to rise and peak about six days after infection, after which they steadily decline.

Let’s work with a value in the middle of this range (the geometric mean) at 10 billion. When you add up all the contributions to the viral load of each of the 3 million people who became infected on each of the previous days (assuming this 3 million rate is roughly constant) then we find that there are roughly 200 quadrillion (2×10¹⁷ or two hundred million billion) virus particles in the world at any one time.

This sounds like a really big number, and it is. It is roughly the same as the number of grains of sand on the planet. But when calculating the total volume, we’ve got to remember that Sars-CoV-2 particles are extremely small. Estimates of the diameter range from 80 to 120 nanometres. One nanometre is a billionth of a meter. To put it in perspective, the radius of Sars-CoV-2 is roughly 1,000 times thinner than a human hair. Let’s use the average value for the diameter of 100 nanometres in our subsequent calculation. 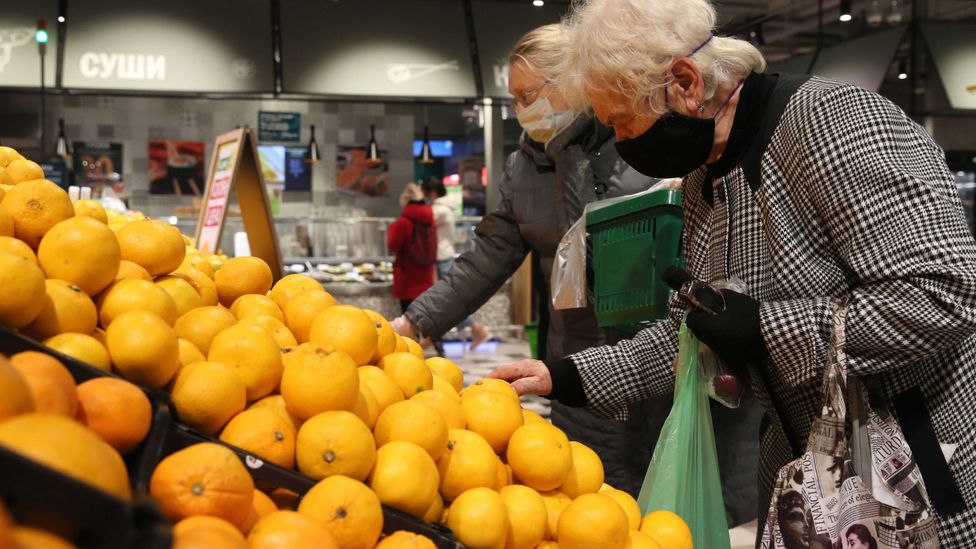 Assuming a 50-nanometre radius (at the centre of the estimated range) of Sars-CoV-2, the volume of a single spherical virus particle works out to be 523,000 cubic nanometres.

Multiplying this very small volume by the very large number of particles we calculated earlier, and converting into meaningful units gives us a total volume of about 120 millilitres. If we wanted to put all these virus particles together in one place, then we’d need to remember that spheres don’t pack together perfectly.

If you think about the pyramid of oranges you might see at the grocery store, you’ll remember that a significant portion of the space it takes up is empty. In fact, the best you can do to minimise empty space is a configuration called “close sphere packing” in which empty space takes up about 26% of the total volume. This increases the total gathered volume of Sars-CoV-2 particles to about 160 millilitres – easily small enough to fit inside about six shot glasses. Even taking the upper end of the diameter estimate and accounting for the size of the spike proteins all the Sars-CoV-2 still wouldn’t fill a can of soda.

It turns out that the total volume of Sars-CoV-2 was between my wife’s rough estimates of the teaspoon and the swimming pool. It’s astonishing to think that all the trouble, the disruption, the hardship and the loss of life that has resulted over the last year could constitute just a few mouthfuls of what would undoubtedly be the worst beverage in history.