Maca’s Carcopter S11, shown at CES, will be the only air racer powered by hydrogen fuel cells. The company says it’ll be race-ready in 2023.

The hydrogen-powered Carcopter S 11 may be slow out of the gate compared to some of its competitors, but it has definitely joined the sprint to become the first alternative-powered VTOL racer. Competitor Alauda not only has a working full-scale prototype of its Airspeeder, it has already staged a short drag contest between two remotely controlled models, establishing itself as the early frontrunner to create a zero-carbon F1 type circuit.

But French company Maca announced its plans for the Carcopter a year ago, and showed off a one-third scale model last week at CES. 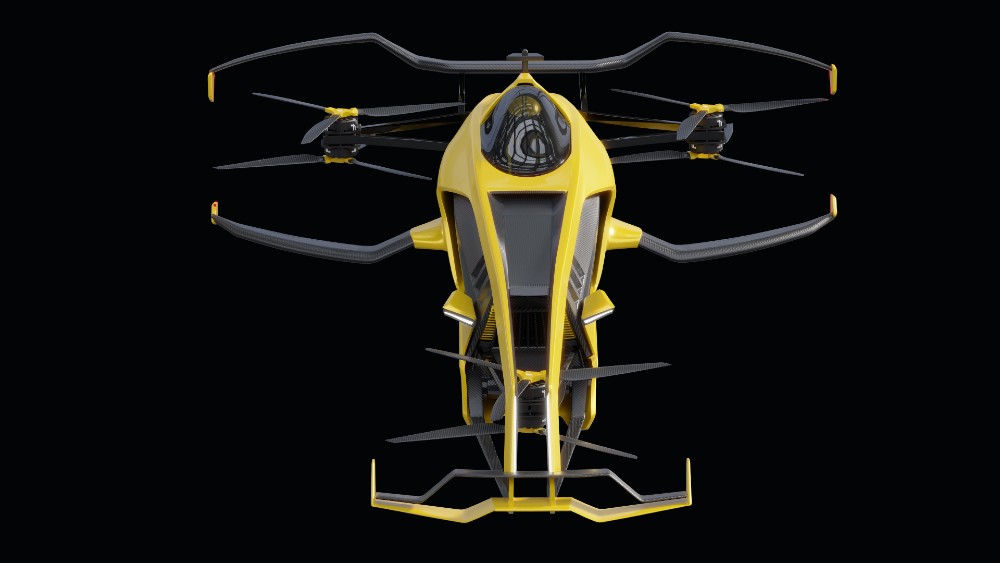 Maca launched a third-scale model of the Carcopter S Eleven last week at CES, saying a full-scale commercial racer will be ready next year.

The concept for the Carcopter grew out of an internal idea competition at Airbus, where former fighter pilot Thierry de Boisvilliers and aviation executive Michael Krollak spent three years developing the vehicle. They spun off Maca to build and commercialize the craft, throwing themselves into the racing culture.

“The racing industry has enabled us to build and evolve our product faster than our competitors because we applied existing requirements and certifications to our craft beginning with our initial design phase, allowing us to overcome all regulatory hurdles before conceptual development ever began,” says de Boisvilliers, CEO. “Plus, the Carcopter S 11 will be powered by eco-friendly Hydrogen-based fuel cells, which leaves no impact on the environment while delivering greater time-in-the-sky autonomy than vehicles using electricity or fossil fuels.”

The single-seat vehicle has three duo-rotors and six electric motors running on hydrogen that produce 200 kW of power. The company says it will have a top speed of 155 mph. A collision-avoidance system is built in to prevent the craft from hitting stationary objects or other racers. 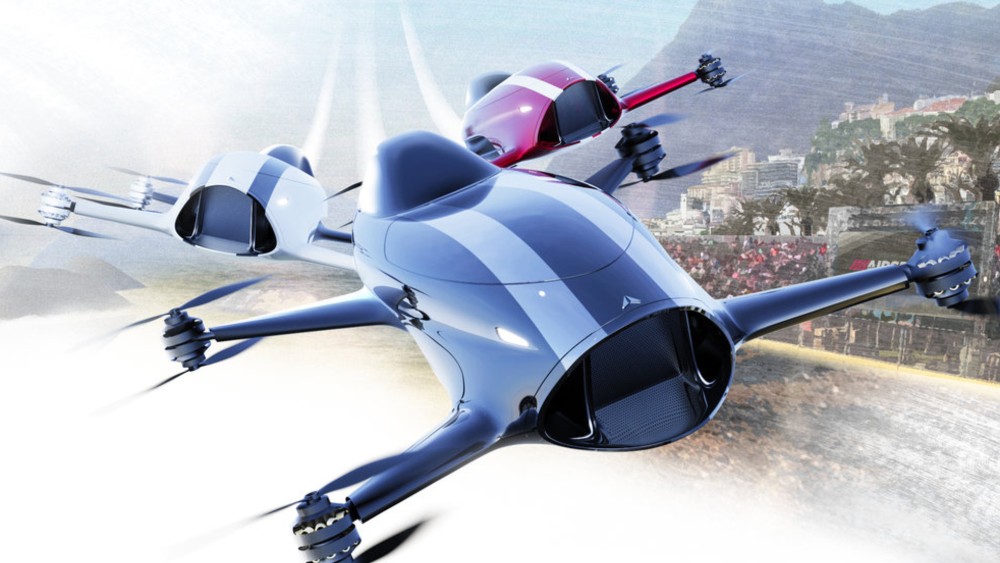 The Carcopter will be racing the Alauda Airspeeder (above) to determine which company will have the first F1 air-racing circuit. Courtesy Alauda

De Boisvilliers says the connection to the race world will allow Carcopter testing over local car tracks. There, the company can install trackside sensors to maximize control and feedback during flight while pushing the limits in a safe, controlled environment.

Maca plans to test the prototypes in the air this year and go to market in 2023. That might be a step behind Alauda, but if it provides a superior experience, the Carcopter can make up ground fast. At the very least, each circuit should speed up development of the technologies and infrastructure needed to make flying zero-carbon speedsters a reality. Here’s a way to fly one around your immediate environment.