What is being hailed as the world’s first commercial regular drone delivery service is beginning drop-offs in Rwanda.

The operation uses fixed-wing drones that automatically fly to destinations in the central African nation.

They release small packages attached to parachutes without needing to land at the delivery points before returning.

The technology promises to make deliveries much faster than had previously been possible by road. 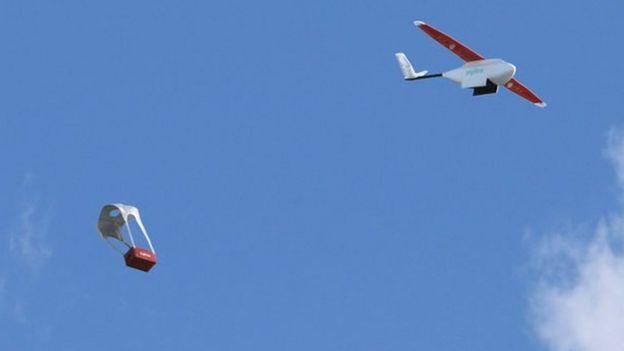 Zipline – the US start-up running the project – is made up of engineers who formerly worked at Space X, Google, Lockheed Martin and other tech companies.

Its drones will initially be used to deliver blood, plasma, and coagulants to hospitals across rural western Rwanda, helping to cut waiting times from hours to minutes.

The aircraft are launched from a catapult and fly below 500ft (152m) to avoid the airspace used by passenger planes.

They have an operational range of 150km (93 miles) but could, in theory, fly almost twice that distance. 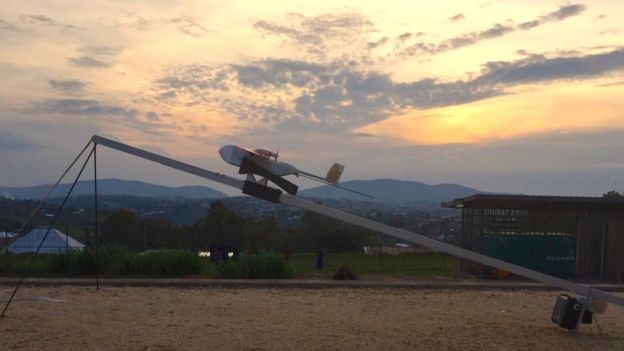 The drones are powered by a nose-mounted battery and guide themselves using GPS location data.

They send back information to both their base and to Rwandan air traffic control via a cellular connection. 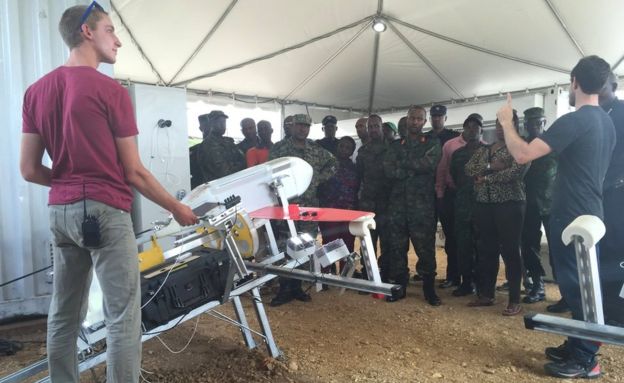 Zipline will be paid by Rwanda’s health department on a per delivery basis.

The company says the cost per trip is roughly equal to that of the current delivery method, by motorbike or ambulance.

A wide variety of companies – including Amazon, DHL and Singapore Post – have demonstrated drone deliveries elsewhere that use aircraft that can touch down at both ends of their journey. 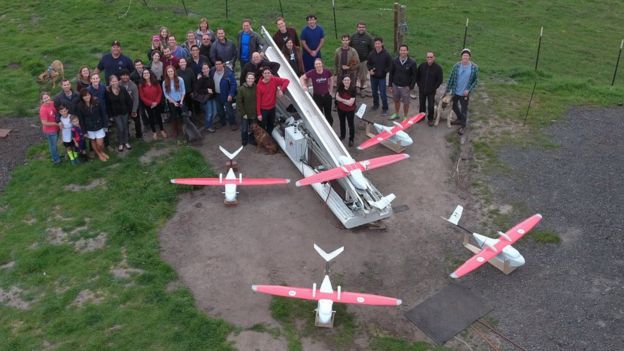 “This avoids the risk of recipients getting in the way of rotating blades,” said Dr Ravi Vaidyanathan, from Imperial College London.

“So long as there is no prospect of a plane falling from the sky and there is no danger posed by a package dropping on to anyone, then this sounds like a positive environment to begin drone deliveries.”

Drones have already been used for humanitarian purposes elsewhere in Africa, including in a now-ended project to deliver blood and stool samples in Madagascar, and a Red Cross initiative to monitor a refugee camp in Uganda.

But some aid workers have expressed concern that they are not always appropriate. 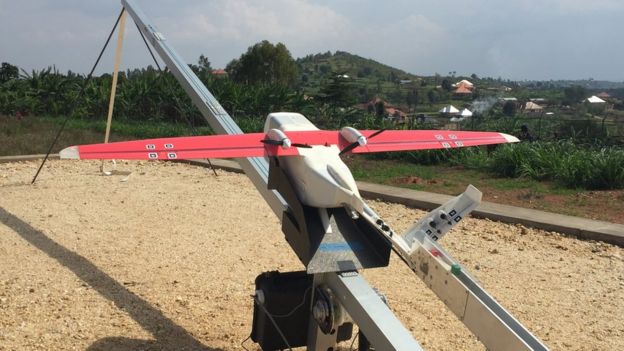 “Whether we like it or not, UAVs [unmanned aerial vehicles] are confused with weaponised drones and are perceived by the general public as related to military operations and/or intelligence gathering,” one Congo-based worker told a studycarried out by a Swiss foundation.

“In countries and contexts with conflict environment, it is illusory to imagine that the general public, authorities and the armed actors will make a distinction between good ‘humanitarian/civilian’ drones and bad ‘military’ drones.”

Although Rwanda’s military has shown interest in Zipline’s work, the country’s information and communications technology minister has said it has no plans for the defence department to use the technology.