The process of turning water, carbon dioxide, and sunlight into oxygen and energy helps plants to grow naturally – and it’s a process that scientists are looking to harness and adapt in order to produce food, fuel, and more besides.

In a new study, scientists outline an experimental artificial photosynthesis technique, which deploys a two-step electrocatalytic process to turn carbon dioxide, water, and electricity generated by solar panels into acetate (the main component of vinegar). This acetate can then be harnessed by plants in order to grow.

In fact, the system that the researchers have designed here is intended not just to mimic the photosynthesis that happens in nature, but to actually improve on it – in plants, only around 1 percent of the sunlight’s energy is actually turned into plant biomass, whereas here the efficiency can be multiplied by about fourfold.

“With our approach we sought to identify a new way of producing food that could break through the limits normally imposed by biological photosynthesis,” says chemical and environmental engineer Robert Jinkerson from the University of California, Riverside.

The electricity conversion device or electrolyzer developed by the researchers had to be specially optimized in order to act as a growth driver for food-producing organisms, which in part meant boosting the amount of acetate and lowering the amount of salt produced.

Further experiments by the team demonstrated that acetate-rich electrolyzer output could support a variety of organisms, including green algae, yeast, and mycelium, which produces mushrooms. To give you a comparison, algae production is about four times as energy efficient using this method compared with natural photosynthesis.

Cowpea, tomato, tobacco, rice, canola, and green pea crops were all able to make use of the carbon in the acetate and grow without sunlight, the scientists showed. The process could be used in addition to normal photosynthesis, as well as instead of it. 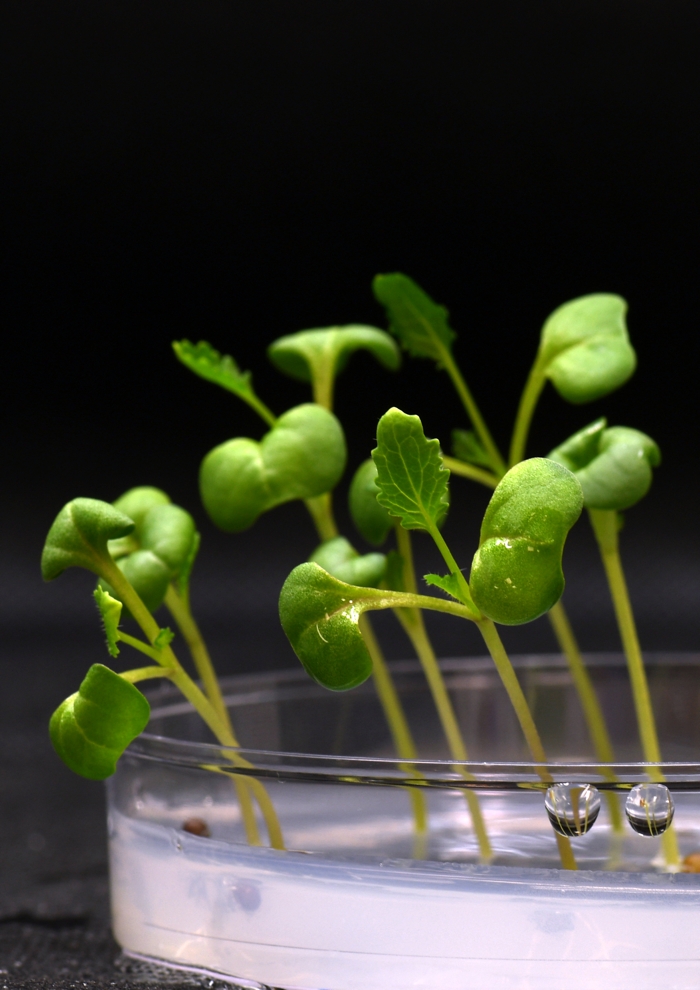 “We found that a wide range of crops could take the acetate we provided and build it into the major molecular building blocks an organism needs to grow and thrive,” says Marcus Harland-Dunaway, a botany and plant scientist from UC Riverside.

“With some breeding and engineering that we are currently working on we might be able to grow crops with acetate as an extra energy source to boost crop yields.”

The process outlined here is so impressive that it’s one of the winners of the NASA Deep Space Food Challenge, a showcase of emerging tech that could one day help in growing food in space: imagine being able to grow crops inside underground bunkers on Mars, for instance.

It’s not just in space where artificial photosynthesis could mark a drastic change in food production. The climate crisis means that extreme temperatures, drought, floods, and other threats to standard agricultural practices are becoming more common.

While processes like this aren’t an excuse not to tackle climate change, they could help make food production more resilient, and mean crops could be grown in more places – in more urban areas, perhaps.

“Using artificial photosynthesis approaches to produce food could be a paradigm shift for how we feed people,” says Jinkerson. “By increasing the efficiency of food production, less land is needed, lessening the impact agriculture has on the environment.”

“And for agriculture in non-traditional environments, like outer space, the increased energy efficiency could help feed more crew members with less inputs.”

The research has been published in Nature Food.