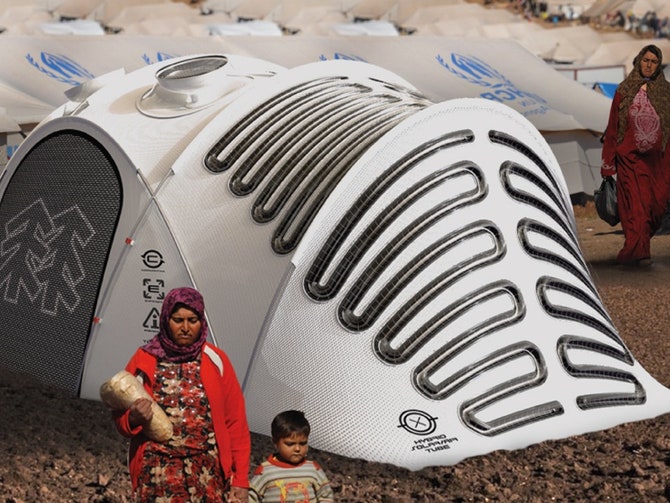 For those who prefer the comforts of home to pitching a tent in the great outdoors, a new innovation could make you rethink roughing it. The past few years have seen a new suite of products take the camping world by storm, offering high-tech, if not downright luxurious, alternatives to the basic nylon-and-metal tents of the past. One standout is the self-generating tent, a futuristic shelter conceived by Korean designers Shim Jieun, Won Boram, Oh Seobin, Kook Soo Jeong, and Seok Jiyoung.

The tent, which received a coveted Red Dot Award in 2015, employs cutting-edge technology to generate its own power and bring the soothing sounds of nature inside. A system called the Solar-Air Tube captures the sun’s energy, which is used to create electricity and airflow inside the tent. The result is a temperature-controlled interior—cool in the summer and warm in the winter. Each tent is also equipped with a Sound Drum that amplifies nature’s sounds (if campers want a quieter environment, they can turn off this feature). Though the product is perfect for glampers, the designers hope that the prototype can be adapted to provide livable temporary shelter for refugees around the world.