It’s the Terminator of cooked meats.

As the world becomes increasingly automated, car manufacturers, who have historically been innovators in the field of automation, are taking things to the next level. Hyundai’s newest employees are all robots, and even Honda plans on employing an army of delivery robots in the near future. Ford has also shown some serious advancement in the world of automation, with its most impressive being this robotic grilling machine, complete with a Ford Ranger front-end. The robot operates from Ford’s Silverton assembly plant in South Africa, and is blowing people away with its ability to flip a burger better than SpongeBob could ever dream of. Welcome to the future ladies and gentleman.

Ford calls this wondrous machine the TCF BBQ (Braai Boerewors Quickly), which refers to a type of South African sausage cooked on open coals. The TCF BBQ was salvaged from decommissioned tooling used in the Silverton Assembly Plant, and was dreamt up by Claude Roux, an area manager from the trim and chassis and final (TCF) line. The robot was programmed as part of a competition held by Ford South Africa to design something unique from decommissioned tools sitting at the plant.

The end result is a robot that can cook 120 pieces of meat in only 12 minutes. The robot is also able to switch its three grilles on and off, serve food, wave a South African flag, pour drinks, and even operate the horn and turn circles on the Ranger Wildtrak.

“This was when the innovation and curiosity of that ‘small child’ inside all of us came to life,” said Roux. “We took our knowledge of barbecuing and our understanding of manufacturing vehicles and married the two to create a machine with the ability to pick up and manipulate the meat on a grill. We decided to use a Fanuc robot that was due to be disposed of during the extensive Silverton Assembly Plant upgrades, along with scrap metal, discarded wood pallets for a base, metal trolleys for braais, and a Siemens Programmable Logic Controller (PLC) for the controls. We had a qualified electrician, qualified fitter, PLC programmer, and a controls specialist working on it for around four weeks during the plant shutdown.” 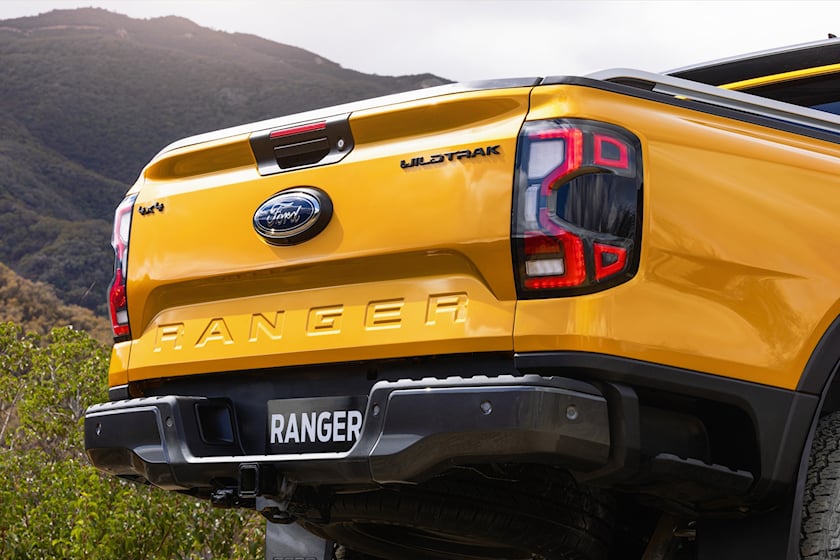 “TCF BBQ has become a celebrity here at Ford South Africa, and is a perfect example of the creativity and ingenuity that defines everyone at Ford and echoes our proudly South African heritage. This competition brought out a strong yet friendly rivalry that saw various teams working together in secrecy until the reveal date. Now TCF BBQ has hung up his apron and has been dismantled, but a next-generation version can’t be ruled out. Maybe we will see a new version to coincide with the launch of the next-generation Ranger,” said Ockert Berry, VP Operations at Ford South Africa.