DEVELOPED by the Indian Institute of Science, Bengaluru, the nanonbots can be injected into the teeth and controlled using a device.

The team has tested the dental nanobots in mice models and found them to be safe and effective.

Researchers at the Indian Institute of Science (IISc) in Bengaluru have developed tiny nanobots that can be injected into the teeth to kill bacteria and better Root Canal Treatment (RCT). The latest ingenuity can better dental treatment by killing germs deep inside dentinal tubules.

RCT is a common technique to treat tooth infections, which involves removing the infected soft tissue inside the tooth, called the pulp, and flushing the tooth with antibiotics or chemicals to kill the bacteria that cause the infection.

In a new study, researchers at IISc have detailed the development of helical nanobots made of silicon dioxide coated with iron, which can be controlled using a device that generates a low-intensity magnetic field. The study has been published in the journal Advanced Healthcare Materials.

“The dentinal tubules are very small, and bacteria reside deep in the tissue. Current techniques are not efficient enough to go all the way inside and kill the bacteria,” Shanmukh Srinivas, Research Associate at the Centre for Nano Science and Engineering (CeNSE), IISc said. Researches in the past have shown that such nanoparticles can trap and move objects using light. (Photo: IISc)

The nanobots, developed at IISc-incubated startup Theranautilus, were injected into extracted tooth samples and their movement was tracked using a microscope. IISc said that by tweaking the frequency of the magnetic field, the researchers were able to make the nanobots move at will, and penetrate deep inside the dentinal tubules. They manipulated the magnetic field to make the surface of the nanobots generate heat, which can kill the bacteria nearby.

“We have also established that we can retrieve them. We can pull them back out of the patient’s teeth,” Srinivas added.

The team has tested the dental nanobots in mice models and found them to be safe and effective. They are also working on developing a new kind of medical device that can easily fit inside the mouth, and allow the dentist to inject and manipulate the nanobots inside the teeth during root canal treatment. 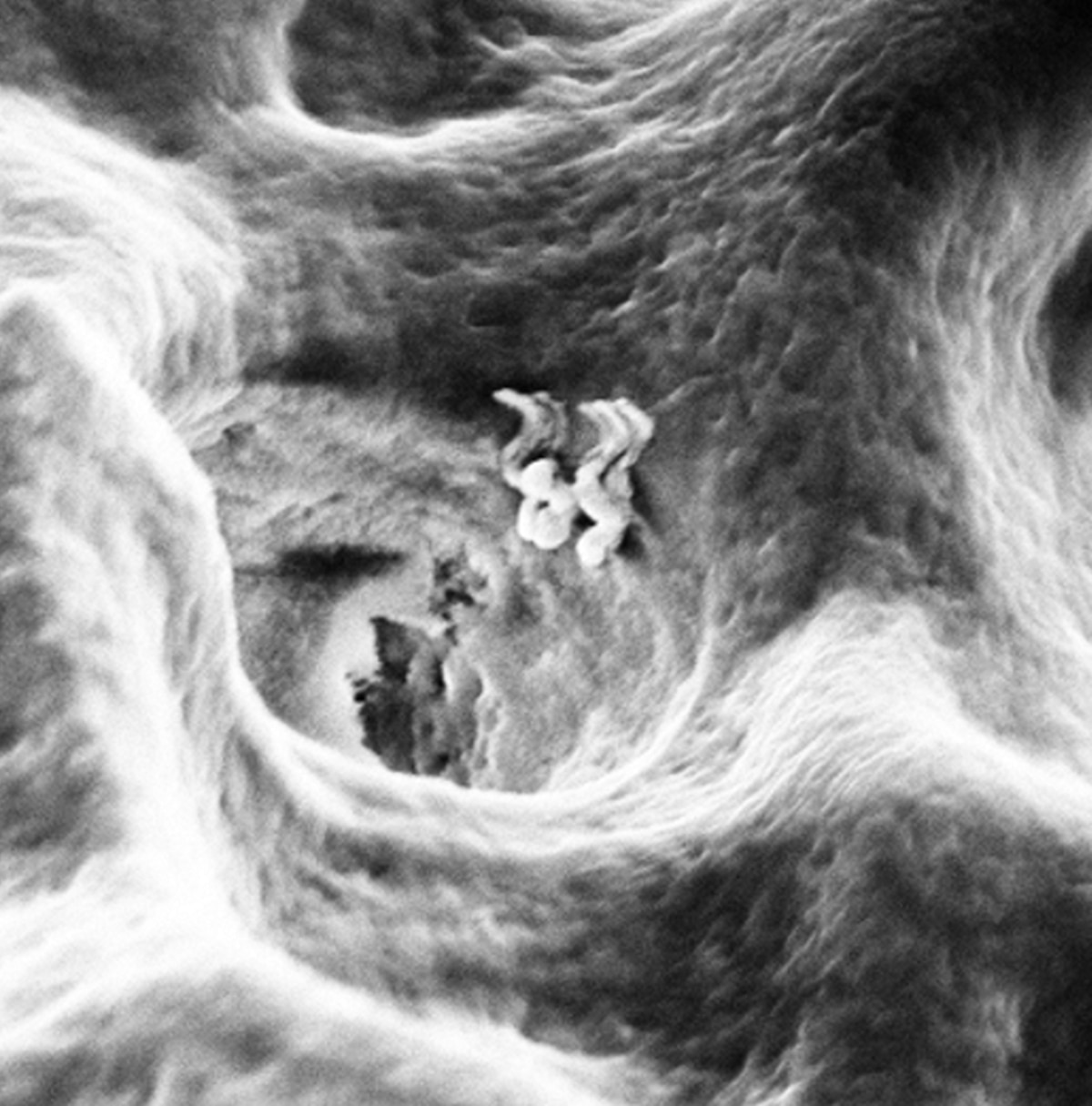 The helical nanobot is made of silicon dioxide coated with iron. (Photo: IISc)

Debayan Dasgupta, Research Associate at CeNSE, and a co-founder of Theranautilus said, “No other technology in the market can do this right now.”

Several other researches in the past have shown that such nanoparticles can trap and move objects using light, swim through blood and inside living cells, and stick strongly to cancer cells.

Ambarish Ghosh, Professor at CeNSE, who led the studies said, “These studies have shown that they are safe to use in biological tissues. “We are very close to deploying this technology in a clinical setting, which was considered futuristic even three years ago. It is a joy to see how a simple scientific curiosity is shaping into a medical intervention that can impact millions of people in India alone.”