Silicone-based invention being tailored for human use after proving itself on rats; it wraps damaged nerves and electrically stimulates them using energy from light shone on skin

Israeli researchers say they have developed a material that speeds the repair of damaged nerves using electricity.

The ultra-thin material — a high-tech fabric of sorts — can be wrapped around damaged nerves inside the body and then enable electricity derived from light to flow there after the wound is closed up.

Its inventors, from Haifa’s Technion – Israel Institute of Technology, have tested the material on rats and documented its effectiveness in the peer-reviewed journal Nature Materials.

The material speeded up nerve repair in rats by 33 percent, and now heads to development and testing on humans.

Prof. Hemi Rotenberg, one of the inventors, said that after further development it could be used both to repair nerves and potentially for temporary heart pacing — stimulating the heart after operations. He expects it to be ready for widespread use on humans within three to five years.

“After peripheral nerve damage, the nerves regrow but they do so slowly, and while we’re waiting, people can suffer significant damage. We were aiming to speed this process,” Rotenberg, who is based at the Technion’s Faculty of Biomedical Engineering, told The Times of Israel.

“Our solution is a very thin material that is made of silicone, which can be wrapped around the nerve while the wound is open. The wound can then be closed, and the material is stimulated using light.” 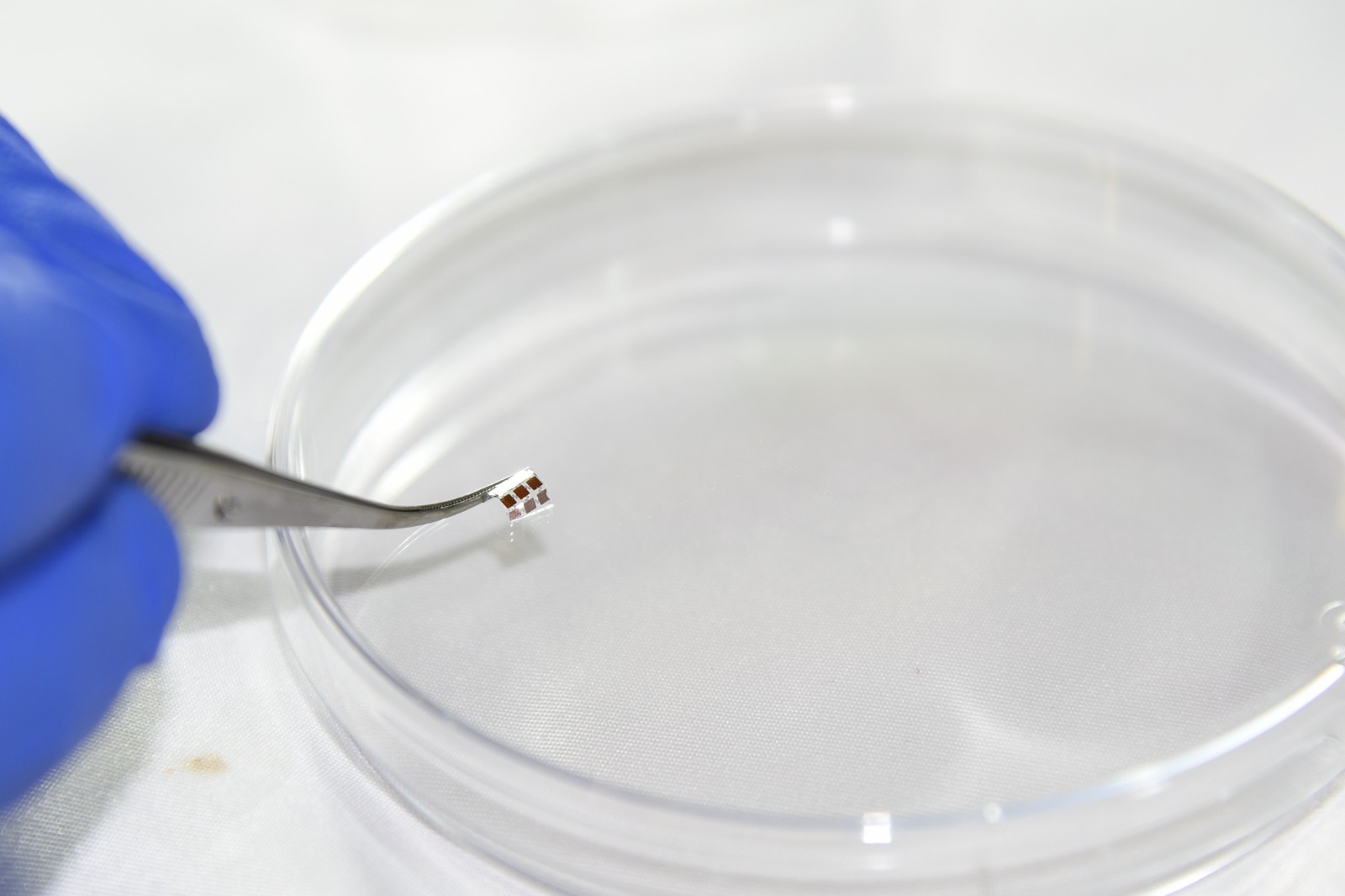 A piece of Israeli-developed material that speeds the repair of damaged nerves using electricity. (courtesy of the Technion-Israel Institute of Technology)

In more scientific terms, near-infrared light is projected onto the skin, penetrating it to hit a membrane made of the new material, which then photo-activates the damaged nerve tissue. Eventually, Rotenberg said, doctors will be able to wrap the material around the heart.

“In the article, we demonstrate the efficacy of the new substance in two different contexts – heart pacing and the activation of the peripheral nervous system,” he said. “In the context of heart treatments, for example, the use of such a device can allow temporary cardiac pacing for rehabilitation after operations. This can avoid the use of a temporary electrode to be inserted into the heart, which can cause discomfort when it comes time to remove it.

“Because the membrane we developed is made of a silicone-based material, which absorbs in the body without any toxic effect whatsoever, there is no need for further surgical action to remove it from the body.”