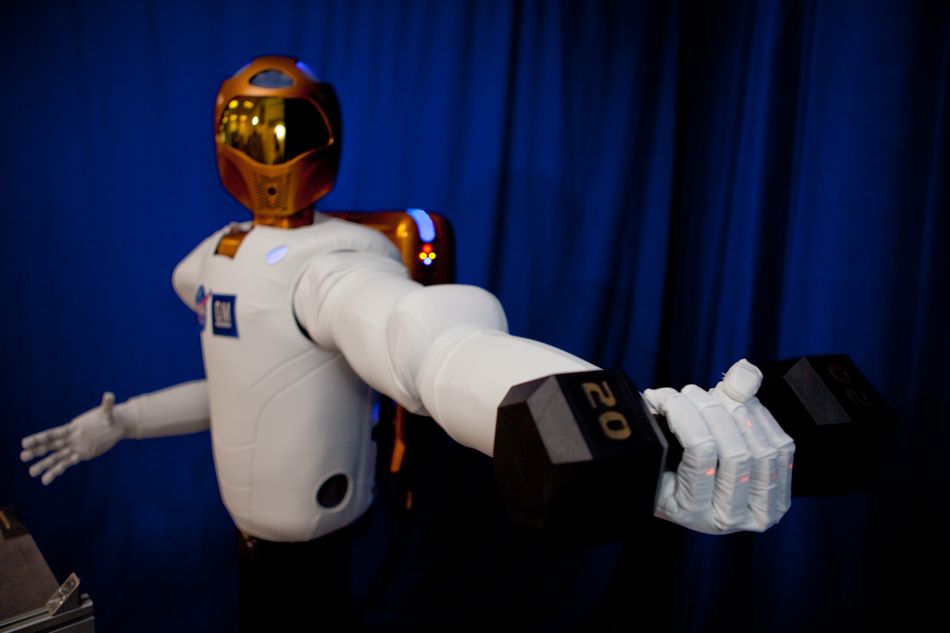 NASA’s Robonaut 2, built at Johnson Space Center, became the first android astronaut to go to space in 2011. Now, about two dozen former NASA engineers, many of whom helped build the robot astronaut, have turned their skills to creating underwater robots at Nauticus Robotics.

“What NASA taught us is to put together robust software autonomy with a capable hardware morphology and deploy it in a remote setting,” said Nic Radford, founder, chairman, president, and CEO of Houston-based Nauticus Robotics Inc. During his 14 years at Johnson, Radford was, among other roles, deputy project manager and chief engineer for the humanoid robot Robonaut 2. Now more than 20 engineers who worked on that project and other NASA robots have joined the 80-person team he’s put together at Nauticus.

Whether a robot is working in space or on the seabed, the operator is far away, with limited communication and knowledge of the robot’s surroundings, Radford said. “Even if you’re putting it on the space station and controlling it from the ground, there’s no high-speed data network. Talking to the space station is more akin to using dial-up.” So the robot has to sense and understand its environment, navigating obstacles and manipulating objects with minimal operator input.

For Robonaut 2, this meant Johnson engineers had to develop not just advanced hardware like tendon-powered hands, elastic joints, and miniaturized load cells, but also vision systems, force sensors, and infrared sensors to gather information, as well as image-recognition software, control algorithms, and ultra-high-speed joint controllers to process and act on that data.

Built under a partnership between NASA and General Motors (GM), Robonaut 2 proved itself as an astronaut assistant aboard the International Space Station. But it was also a testbed for all these advanced robotic systems. NASA wants to develop robots to do dangerous work in space, run “precursor missions” that prepare for the arrival of human astronauts, and maintain facilities like the planned lunar Gateway station when astronauts aren’t around. GM, meanwhile, wanted to explore robotics that could assist factory workers. The project produced about 50 patents, several of which have already been commercialized as a robotic glove that GM and others are using in the workplace.

Cutting the CordWhen it arrives at its work site, Aquanaut, seen here during testing in the giant pool at Johnson’s Neutral Buoyancy Lab, opens its shell and turns its arms, claw hands, and various sensors to the job. Credits: Nauticus Robotics Inc.

Unlike a robot in space, deep-sea robots can be connected to operators with a cable to allow high-speed data transfer and close control. But Radford said this comes at the price of staffing and operating a huge support vessel on the surface, to the tune of about $100,000 and 70 metric tons of greenhouse gas emissions per day.

Nauticus is eliminating that cord by enabling its robots to work with minimal supervision from a control center on a distant shore.

Bright orange, fully electric, and about the size of a sports car, Aquanaut, the company’s signature robot, resembles a propeller-driven torpedo as it motors to its destination. At that point, its shell pops open and the nose flips upward to reveal a suite of cameras and other sensors, now facing front. Two arms swing out, ending in claw hands that can be fitted with different tools.

To test the robot in 2019, the team returned to Johnson and used the giant astronaut training pool in the center’s Neutral Buoyancy Lab, where the robot could try out its systems in full view of operators and cameras.

A Floating FactotumNauticus is also commercializing the robotic arm technology – known as Olympic Arm – that it developed while designing and building Aquanaut. Credits: Nauticus Robotics Inc.

Aquanaut is designed for versatility, and Radford noted that there are plenty of different jobs for a subsea robot. Offshore oil and gas production is an obvious target because it requires a huge amount of underwater equipment that needs inspection and maintenance. But the fastest-growing ocean industry is wind power. About 25,000 offshore turbines are planned for operation by 2030, Radford said, and they all will require servicing and inspection.

With wild fish populations declining steeply, aquaculture – the farming of fish, shrimp, and other seafood – is growing fast, and the nets and cages in those underwater farms need regular cleaning and inspection, Radford said.

By early 2022, Nauticus had produced two Aquanauts and planned to build 20 more in the following three years. The company will primarily use them to provide affordable services, rather than selling them. For operations that require surface support, Nauticus is building a boat called Hydronaut that can be operated remotely or navigate itself. 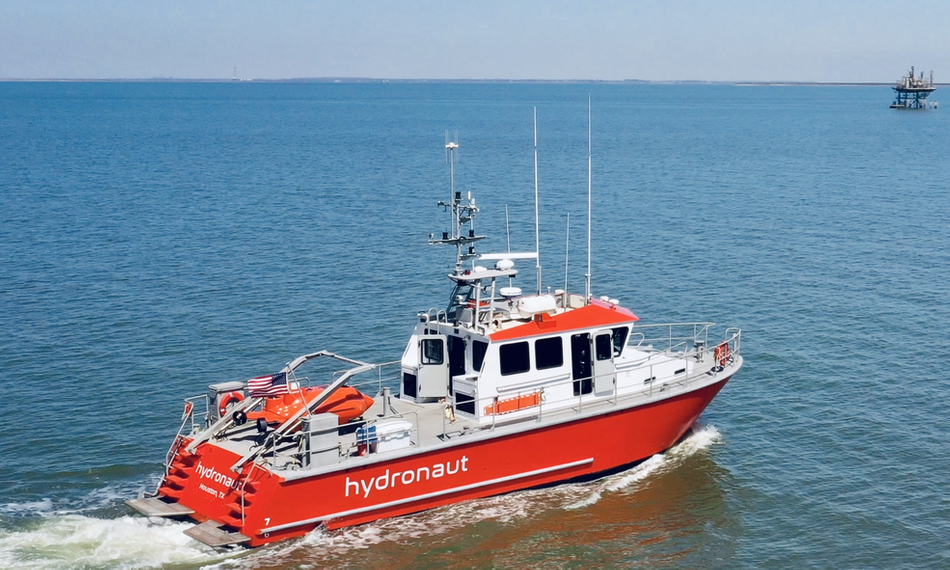 Instead of the huge support vessel and crew that’s required to operate underwater robots via cables, the autonomous Aquanaut can be carried to a job site by Nauticus’ little Hydronaut boat, which can navigate with or without a crew. Credits: Nauticus Robotics Inc.

By applying space solutions to maritime problems, Radford plans to make the Nauticus name synonymous with ocean robotics, he said. “Space is amazing because it feels existential – it’s way out there, and people want to explore it. But there are also many real challenges right here beneath the ocean, and we could stand to do more innovating in the ‘blue economy.’”

NASA has a long history of transferring technology to the private sector. The agency’s Spinoff publication profiles NASA technologies that have transformed into commercial products and services, demonstrating the broader benefits of America’s investment in its space program. Spinoff is a publication of the Technology Transfer program in NASA’s Space Technology Mission Directorate (STMD).