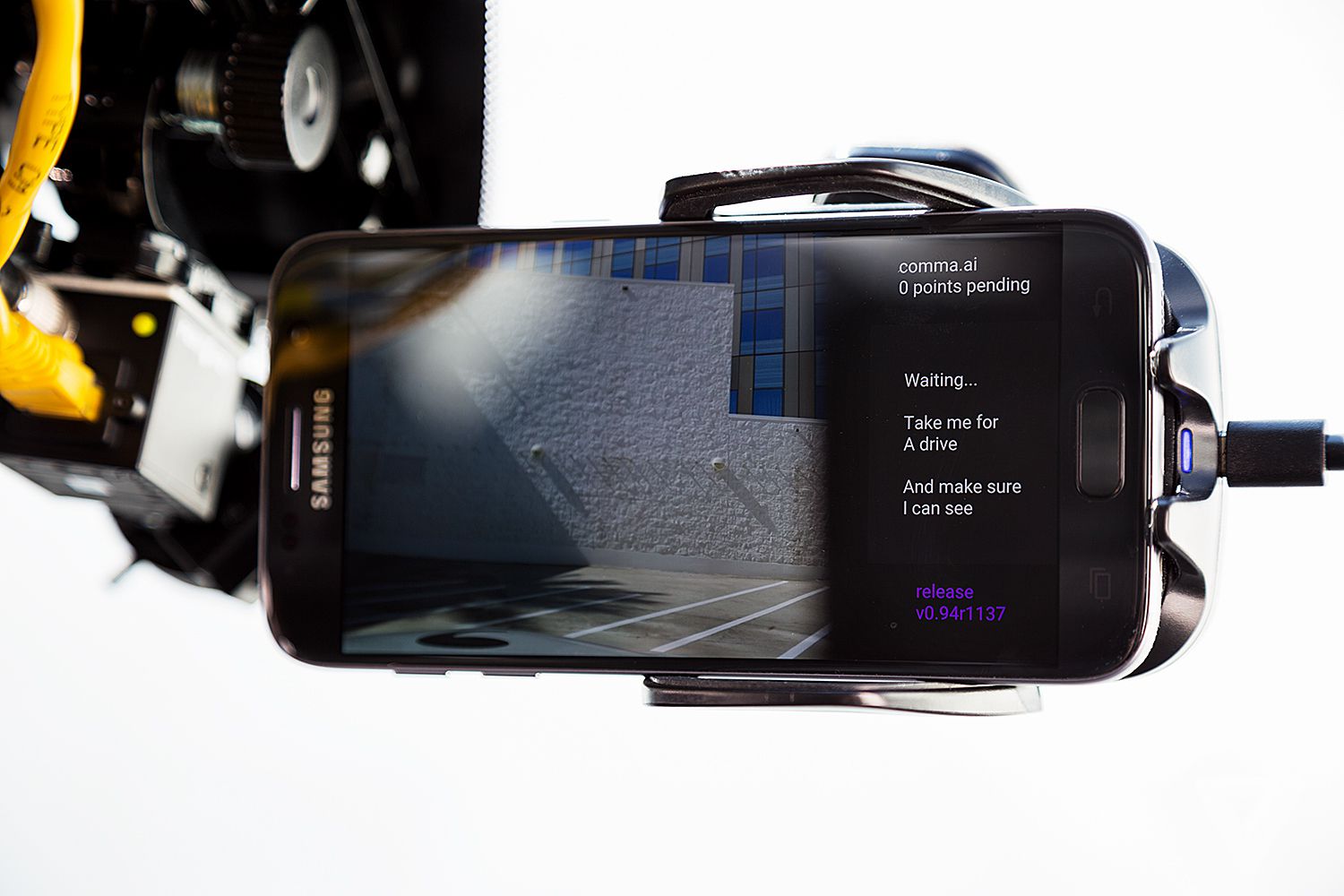 Comma.ai, the self-driving car startup helmed by iPhone hacker George Hotz, has unveiled new details about its first commercial product, the newly named Comma One. According to a report from TechCrunch, the company claims this $999 after-market kit will allow buyers to give their cars semi-autonomous abilities on a par with Tesla’s Autopilot. The physical product will be shipping before the end of the year, says Comma.ai, and will require a $24 monthly subscription fee for access to Comma.ai’s software, as well as certain in-car features like electronic power steering. The aim, said Hotz when we spoke to him earlier this year, is to provide “ghost riding for the masses.”

“It’s Mountain View to San Francisco without touching the wheel,” Hotz told TechCrunch, although this is only really true if you stick to straightforward roads. When The Verge tried out Comma.ai’s system back in June, it excelled at steering the car on expansive freeways, but was less confident on city streets. Capabilities like automatically switching lanes and reading stop signs are also not currently covered in the beta software, although Hotz did say in June that they might make it into the final product. We’ll be keeping an eye out for more updates from Comma.ai before the end of the year, but let’s hope that the subscription fee also comes with software updates.

Image credit & Article via: The Verge