Researchers from the University of Copenhagen, the ETH Zurich, and the National Research Institute for Agriculture, Food, and Environment (INRAE) in France said they finally found a way of decoding the emotions of pigs using acoustic recordings of pig grunts from when they were born until they died in a recent study.

According to MailOnline, the novel algorithm could be used to understand the emotions of pigs and other mammals to monitor their wellbeing and improve their mental health. Study co-author Associate Professor Elodie Briefer from the Department of Biology of the University of Copenhagen said their study demonstrates how animal sounds mirror their emotions. 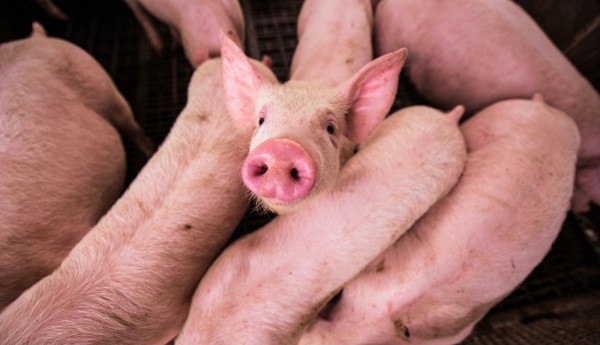 The study, titled “Classification of Pig Calls Produced From Birth to Slaughter According to Their Emotional Valence and Context of Production” published in Scientific Reports, proves that an AI can be used to decode and translate pig grunts to understand their emotions. In that way, they can develop an app that will help farmers improve animal welfare for their livestock.

Researchers analyzed 7,414 recordings of pig noises that they gathered throughout the lifetime of 411 pigs to teach artificial intelligence (AI) which noises signal a positive or negative emotion. With enough data, researchers wrote in the study that the AI could tell if the animal’s mood is somewhere in between the two.

According to BBC, pig grunts and oinks were recorded while in working farms and experimental settings that are either linked with positive or negative emotion. For instance, positive situations could include drinking milk from their mother or reuniting with their family after being separated. In comparison, negative situations include separation and fighting between piglets.blob:https://www.impactlab.com/82082abf-dd37-4816-a9fe-bc5624add20d

Researchers also monitored the pigs’ behavior and heart rates and recorded them when possible. They noted that screams and squeals are associated with negative emotions, while barks and grunts are linked to situations where pigs experience either positive or negative emotions.

According to Science Daily, the study of animal emotions is a new field that has only gained attention in the last 20 years. Today, scientists believe that the mental health of livestock is important for their overall wellbeing, just like humans, even if the primary care on livestock is their physical health.

However, the introduction of several systems to automatically monitor livestock’s physical health has helped farmers focus on their mental health. Systems that monitor the mental health of animals have yet to be developed, and the international team of researchers hopes that their AI could pave the way for a better platform for farmers to monitor and improve their animals’ psychological wellbeing.

Dr. Briefer said that they had trained the algorithm to decode pig grunts and now need someone to develop an app that farmers can use to better understand the emotions of pigs. Researchers suggest that AI could help the development of an app that could be used for only pigs but other mammals as well.