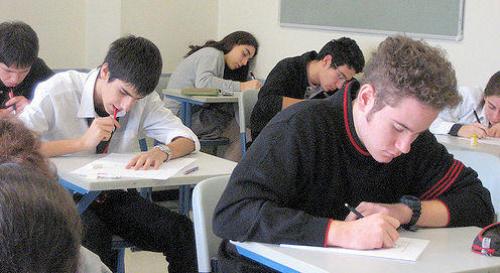 Data shows clearly that we are not even close to the all time peak of misuse of prescription stimulants by high-school students.

According to a front page story in Sunday’s New York Times, there’s an epidemic in America’s selective high schools: high-achieving students under pressure to succeed are increasingly abusing stimulants like Ritalin and Adderall, which they consider as essential as SAT tutors for getting into an Ivy League college.  But the data from national surveys on stimulant use tells a very different story.

At high schools across the United States, pressure over grades and competition for college admissions are encouraging students to abuse prescription stimulants, according to interviews with students, parents and doctors. Pills that have been a staple in some college and graduate school circles are going from rare to routine in many academically competitive high schools, where teenagers say they get them from friends, buy them from student dealers or fake symptoms to their parents and doctors to get prescriptions.

The story contends that an estimated 15% to 40% of students at high-achieving high schools use prescription stimulants to get ahead; these drugs, designed to ease symptoms of ADHD, can sharpen focus and enhance performance in people without the disorder. But national statistics don’t really support the idea that misuse of these drugs among high-school students is growing. Indeed, according to the data, it would be hard to believe that modern-day kids are even approaching the rate of misuse of their parents’ or grandparents’ generations.

The National Institute on Drug Abuse’s Monitoring the Future (MTF) study has gathered annual statistics on high school and college drug use from tens of thousands of people since 1975. The sampling is randomized and the questions are carefully designed to get the most accurate picture possible and avoid differences between those who are willing to be surveyed and those who are not. The Times, in contrast, contacted 200 students, parents and school officials for its story, only 40 of whom agreed to talk — a 20% response rate that, at least for a scientific publication, wouldn’t be acceptable as unbiased. MTF’s response rate for high school seniors was 83%.
MTF data shows clearly that we are not even close to the all time peak of misuse of prescription stimulants by high-school students, which occurred in the early 1980s. In 1981, 32% of all high-school seniors reported having taken such a drug, with 26% having used it within the past year and 15% in the past month. At that time, a staggering 1.2% of seniors were taking prescription amphetamine or Ritalin illegally every single day.

By 2011, the rates had plummeted: just 12% of high-schools seniors reported ever having misused a prescription stimulant, with only 8% using in the last year and a mere 4% in the last month. Less than half a percent (0.4%) took the drugs daily. Between 2010 and 2011, a 1% rise in annual use was seen, but it’s not clear whether this is just a statistical blip. Overall, the trend of prescription-stimulant misuse is down dramatically.

The Times mentions the current numbers, only to dismiss them:

A respected annual survey financed by the National Institute on Drug Abuse, “Monitoring the Future,” reports that abuse of prescription amphetamines by 10th and 12th graders nationally has actually dipped from the 1990s and is remaining relatively steady at about 10 percent.

However, some experts note that the survey does not focus on the demographic where they believe such abuse is rising steadily — students at high-pressure high schools — and also that many teenagers barely know that what they often call “study drugs” are in fact illegal amphetamines.

There may well be differences in behavior by teens attending elite schools. But the notion that the national survey doesn’t accurately capture drug use because kids don’t know what they’re taking is hard to argue. The students quoted by the Times refer to their “study drugs” by their brand names; further, the methodology [PDF] of the MTF survey would make it hard for teens to answer questions if they didn’t know what drugs they were taking. Here’s the preface to the portion of the survey that asks teens about prescription stimulant use:

The dated language aside, most teens who have taken a “study drug” prescribed for someone else will be able to answer that question accurately.

The high-school students of the 1980s — my generation, in fact — managed to survive rates of regular stimulant misuse that are nearly quadruple those reported today. In fact, our generation wasn’t the first to discover the risks and rewards, academic or otherwise, of using these drugs recreationally. As psychologist Vaughan Bell reports in Mind Hacks, here’s what happened after the introduction of an amphetamine called benzedrine in the 1930s:

In 1937, none other than the The New York Times ran a story about benzedrine calling it a ‘high octane brain fuel’ and noting that without it the brain ‘does not run on all cylinders.’ It was clearly pitched as a cognitive enhancer.

Shortly after Time magazine ran a story specifically on how it was being used by college students to cram for final exams.

Suddenly, there was a boom in students using benzedrine, leading the prestigious Journal of the American Medical Association to condemn the press coverage for promoting the widespread use of drug, as previously its use was a niche activity.

Indeed, dramatic media stories about drug “epidemics” often have this side effect. One 2009 study looked at rates of prescription overdose deaths and found that spikes typically occurred two to six months after a burst of media coverage about the dangers of the drug in question. The study found that 88% of the variance in death rates could be attributed to media coverage alone.

That’s not to say that rates of stimulant misuse aren’t surging at America’s elite high schools — but the recent New York Times article doesn’t really prove it, and it could serve to worsen whatever trend does exist by leading students to think “everyone’s doing it.” Drug trends are slippery and difficult to track — a fact illuminated by the way media coverage itself can influence them. Big stories, therefore, need to be carefully considered and tempered.