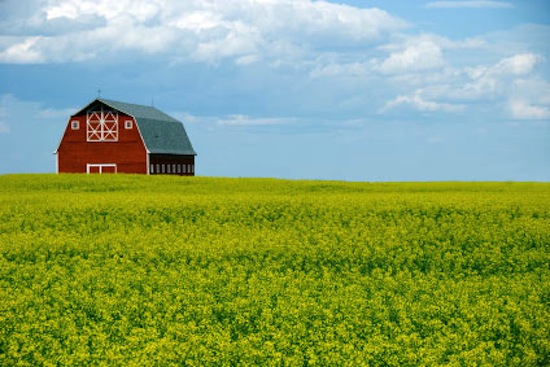 Sustainable farming, which often ties into organic growing, has been reaping profits.

Last week, in an auditorium at the UCLA Anderson School of Management, startup companies sought out investors to help take their ideas to the next level. This wasn’t a tech conference. Venture capitalists were here to check out sustainable farming.

“In the next 40 years there’s going to be a 70 percent increase in demand for food worldwide,” said Jason Reed, founder of Seedstock.com, which hosted the event. “There’s not a lot of models for how sustainability can capture that increased demand and those increased pressures.”

Sustainable farming, which often ties into organic growing, has been reaping profits. The USDA recently released the results of its first ever survey of the organic farming industry, reporting that sales in the U.S. topped $3.5 billion last year.

Over the last few years, sustainable farming startups have managed to get loans from companies like Whole Foods, or sold equity stakes to venture capitalists like Michael Dell’s brother, Adam. A lot of the seed money, literally, is being used to help these businesses grow, many with a focus on being local. Food grown closer to where consumers buy lowers transportation costs. That can help offset the higher cost of growing food organically. Seedstock’s conference was “a chance for farmers, entrepreneurs and distributors who have found success, who have found models that work, to share their stories,” Reed said.

One such investor is David Jeromin, managing partner at Golden Mean Capital. Jeromin has been in venture capital for some time, but started making investments in sustainable agriculture five years ago. “We are looking at making investments typically in the earlier stage, around a half million to five million (dollars),” he said. Golden Mean has invested in operations like a sustainable palm oil operation in Ghana and a coffee and tea importer in New York. He sees profits in selling the idea of environmentally friendly farming to the estimated 50 million Americans ages 25 to 60 focused on lifestyle, health, and sustainability. “This is a fantastic opportunity.”