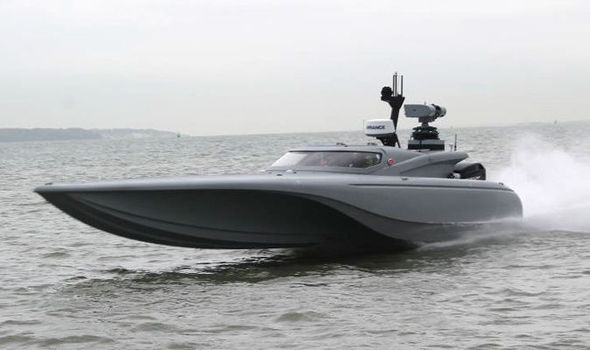 An unmanned robotic speedboat dubbed ‘Bladerunner’ is being trialled by the Royal Navy in secret tests that could revolutionize maritime warfare.

The high-speed vessel, which will take to the River Thames in London today for tests, is designed to carry out surveillance operations and does not carry weapons.

But the sleek matt black Bladerunner boats, which can reach speeds of more than 70mph, are already in use by foreign navies including Iran.

The Royal Navy hopes the new technology will allow it to leapfrog rival militaries, including China and Russia which are investing heavily in autonomous design.

The boat will allow the Ministry of Defence to test and tweak tactics for employing autonomous maritime technology, which until now has only been a major feature of the UK’s air force with its drone fleet.

Technicians say the Bladerunner vessel is capable of operating at different levels of autonomy, from basic remote control use requiring human involvement to completely autonomous navigation.

The work is funded through the Defence Science and Technology Laboratory, who conduct research on behalf of the Royal Navy.

Fleet Robotics Officer Commander Peter Pipkin said: “This is a chance to take a great leap forward in Maritime Systems – not to take people out of the loop but to enhance everything they do, to extend our reach, our look, our timescales, our efficiency using intelligent and manageable robotics at sea.”The Bladerunner will be taking part in the Unmanned Warrior 2016 exercises in October in Scotland and Wales involving UK and NATO forces. 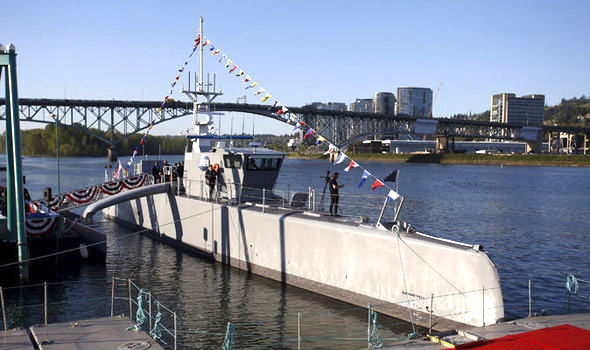 Admiral Sir Philip Jones, First Sea Lord and Chief of Naval Staff, said: “The growing scale of Unmanned Warrior is a clear demonstration of the Royal Navy’s ambition to lead and win through technological innovation.”Unmanned maritime systems will change how we operate, but they’re just the start.”Our pursuit of new technologies and ideas – from big data to 3D-printing – will ensure we remain one of the most capable and successful navies in the world.”

The US Navy launched its very first self-piloting ship designed to hunt enemy submarines in April.

The 132-foot-long (40-metre-long) unarmed prototype, dubbed the Sea Hunter, is designed to cruise on the ocean’s surface for two or three months at a time – without a crew or anyone controlling it remotely.