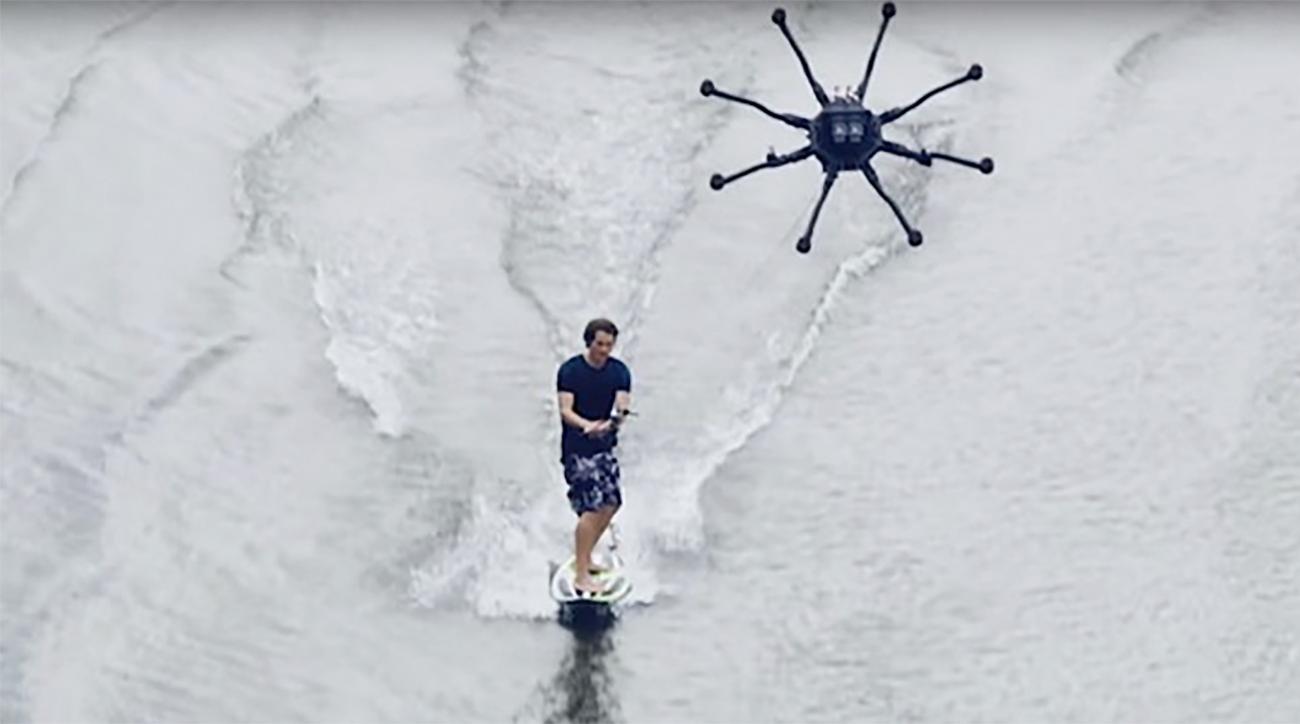 A brand new sport has been created specifically due to new technology: Dronesurfing.

A professional cinematographic company called Freefly used a drone, the Freefly Alta 8, on a day with minimal waves to help pull their boarder across the water. While the drone does have a 20-pound maximum cargo limit, it is able to pull a person across the water (after getting a running start).

To do a little dronesurfing, you do still need the help of a second person by means of controlling the drone, which could be both good and bad. It’s similar to someone driving a boat in front of you, but the one with the controls will more than likely be on the beach and unable to see what exactly is going on out in the water. An addition to the drone could be the ability to possibly “pull up” the surfer out of potential harm (once that 20-pound limit is changed).

As of now, the Alta 8 costs a whopping $17,500, so it’s not something the average wave-rider can go out and purchase without some serious consideration. Even so, with the idea out in the world. it’s only a matter of time before a company creates a drone both powerful and affordable enough to allow dronesurfing to become an established sport.