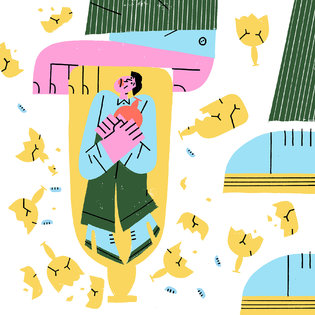 When craft brewers get together, we agree that this is the greatest time in history to be a beer drinker in America. In 1981, there were only 82 breweries in the United States, and our beer, fizzy and flavorless, was the laughingstock of the beer world. Today, America is home to over 5,300 small, innovative craft breweries making unique, flavorful, creative brews.

But we also agree that the horizon isn’t so bright. After years of 15 percent growth, the craft sector is down to the single digits. Part of that is to be expected in a maturing part of any market — but it’s also a result of a pushback by a handful of gargantuan global brewers, aided by slack government antitrust oversight. I worry that yet another major shift in the beer landscape is upon us — and this time, American consumers will be the losers.

We have seen a dramatic consolidation in our industry in recent years. It started in 2008 when the Department of Justice approved the creation of a duopoly in the beer industry by greenlighting a joint venture between Molson Coors and SABMiller (creating MillerCoors) and, five months later, the merger of Anheuser Busch and InBev.

Overnight, about 90 percent of domestic beer production was in the hands of two brewing giants. (The consolidation continued in 2016, when regulators approved the merger of SABMiller and AB InBev; SABMiller sold back its stake in MillerCoors, creating a new duopoly between Molson Coors and AB InBev.)

The immediate result was a 6 percent increase in beer prices and the end of a decades-long decline in real beer prices. Drinkers began paying almost $2 billion a year more for their beer. At least 5,000 Americans lost their jobs, and cost cutting followed, saving the new owners an estimated $2 billion. That money goes to those two conglomerates that have been able to reduce their tax bills and move much of their profits offshore.

This brewer’s duopoly has led to a second consolidation: wholesalers, the crucial intermediaries who distribute our beers to retailers. In 1980, there were 4,600 wholesalers in the country, and most markets had four or five competing wholesalers. Today, fewer than 3,000 remain, and in most local markets over 90 percent of the beer is controlled by distributors for these same two companies — one of which is dependent on AB InBev for most of its volume, and the other on Miller Coors.

These distributors are free to favor their primary suppliers over independent craft brewers when it comes to promotion, visibility, shelf space and marketing support. Laws passed in the 1970s to protect small “mom and pop” wholesalers from the big brewers are now obsolete and have the unintended consequence of creating an unfavorable balance of power — unfavorable to craft brewers and people who enjoy their beers.

The Department of Justice is allowing the damage to continue by greenlighting these two big brewers to extend their duopoly into craft beer by acquiring craft brewers. For example, in December the department approved AB InBev’s acquisition of Karbach, one of the largest craft brewers in Texas, a state where AB InBev already controls 52 percent of the beer market. Drinkers buying cute-sounding brands like Goose Island or Terrapin or Ten Barrel are often unaware that these brands, some of them once independent, are now just subsidiaries of AB InBev or Molson Coors, which are not transparent about disclosing their true ownership anywhere on the bottle.

This unwillingness to use effective antitrust enforcement to protect American economic interests is in stark contrast to how the rest of the world operates. Before approving AB InBev’s latest merger, antitrust authorities in China required it to sell its $1.6 billion stake in China’s largest brewer back to the Chinese government at a bargain-basement price. South Africa required guarantees of lifetime employment for its citizens, and the Monopolies Commission in the European Union required divestitures by SABMiller and AB InBev to keep their new, combined market share to 9 percent.

In the United States, the AB InBev/SABMiller merger was approved with largely meaningless conduct restrictions, and the two big brewers were given a free pass to continue buying craft brewers and extending the duopoly into craft beer. When it comes to protecting American companies and workers, at least in beer, our government does make bad deals.

Of course, the obvious rejoinder is, “Who cares?” Goose Island still makes beer that consumers are buying, even if it is owned by AB InBev. But that misses the larger point. The growth and the excitement in the beer business is in craft, and its potential is threatened by a beer landscape that is heavily tilted toward gigantic conglomerates and against the independent, innovative entrants.

It matters because independent American breweries create beers for their local regions. They invest in their communities. They employ local workers. And they pay taxes — local, state and federal. American craft brewing is American manufacturing that doesn’t outsource these well-paying American jobs.

Get some craft brewers really talking, and they’ll tell you we are headed for a time when independent breweries can’t afford to compete, can’t afford the best ingredients, can’t get wholesalers to support them, and can’t get shelf space and draft lines. The result: Beer lovers won’t have the broad range of choices they have today.

Get some craft brewers together, and they’ll tell you that if we continue down this path, we may be witnessing the beginning of the end of the American craft beer revolution.