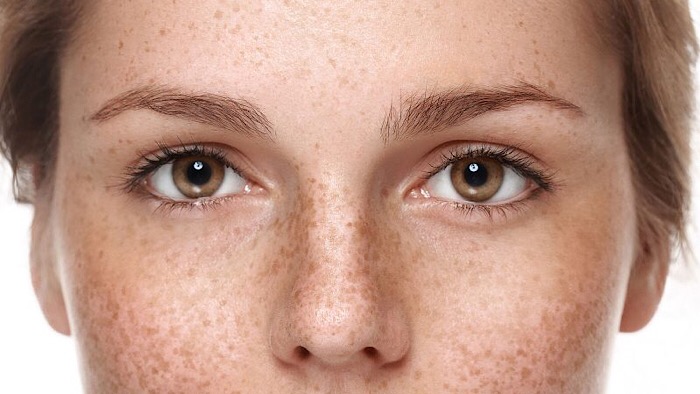 The human eye boasts a riveting evolutionary journey. Ninety-five percent of all living organisms possess the ability of sight, though not a single pair perceives the world the same. For the developed beasts, vision funds everything from poetry to judicious engagement. At one time, brown eyes were the human default, but a chain of mutations has authored varying shades of blue, green and even gray. You’ve likely read poesy dedicated to the each, but what real-world associations does eye color submit?

Thankfully, the authors over at 1-800 contact have done the leg work for us, surveying 1,000 people in regards to the practical perception of “peepers”.

Fifty-five percent of the respondents involved in the report were female, and 45% were male. The subjects ranged in age from 18 to 78 with a median age of 38 and a standard deviation of 12.3 and 67% of these were in a relationship.

For a start, I was surprised to learn that neither blue nor hazel eyes were voted to be the most aesthetically pleasing. Gray eyes received an average score of 7.4. This was especially true of men with the average female participant favoring green eyes just a hair more than gray. The authors note, “Despite brown eyes ranking at the bottom of our perceived attraction scale, approximately 79% of the world’s population sports melanin-rich eyes. And around 10%, 5%, and 2% of people have blue, hazel, and green eyes, respectively. Seeing as gray eyes are the most attractive but happen to be one of the rarest eye colors in the world, it seems uniqueness and attractiveness are heavily linked.”

More than half of the respondents (51.6%) wished their partner had a different eye color, and individuals with blue eyes were much more likely to exclusively date people that bore the same. To some degree, this held true for all of the participants considering blue eyes were voted the most desirable in a partner despite gray eyes being deemed the most visually pleasing. This might have something to do with the shades scarcity: only 3% of the world’s population has gray eyes. Interestingly, most people are content with the irises they were born with. Less than 20% of the survey pool would permanently change their eye color if they could.

From the report: “While science has found eye color to indicate how people handle pain and tolerate alcohol, little research has been done on personality differences based on the color of irises. Despite a lack of scientific support, most people probably have an opinion about eye color and personality traits.” With this in mind, the researchers asked the respondents after what they thought different eye colors implied of a person. Below Ladders compiled the median responses respective to shade.

On the key question that you’re likely wondering about, blue eyes were twice as likely to be associated with sexiness and hazel eyes were determined to be the least romantic by a considerable margin. I couldn’t begin to comprehend the why, but blue-eyed respondents were the most likely to receive raises and or promotions in the past year. Our unsexy hazel-eyed comrades can take some solace in being the highest earners; bringing in about $38, 240 a year. The authors conclude, “Whether the windows to your soul are a piercing blue or an earthy brown, the eye color we’re born with may tell others more about us than we thought. From attractiveness to being intelligent, confident, unpredictable, and reliable – and even down to the salary we bring in each year – how we view ourselves and how others view us might be strongly connected to the color in our eyes.”