Every technology has its trade-offs. The key to success is making sure that the benefits are so great that the trade-offs seem like minor nitpicks by comparison.

Steve Sinclair, the senior vice president of product and marketing at a Silicon Valley startup called Mojo Vision, is excited about the technology his company is developing. And he’s betting you’ll be excited, too — so excited that you’ll forget all about the fact that using it requires you to press two tiny screens up against your eyeballs.

If what Mojo has planned works, sticking a piece of tech directly onto your eyes every day will be as minor a drawback as your smartphone making your pocket a few ounces heavier.

“When we’re pitching this to an investor, they know a little bit about what you’re going to show them because they wouldn’t take the meeting without having some of that info,” Sinclair told Digital Trends. “But when you hand them a lens, which we put on the end of a little stick [for the demo], and they bring it up and we light it so much they can see contents in the lens close up to their eye, that’s when their jaws usually drop. People are just kind of blown away. It’s like, ‘I saw you say you could do it, the [presentation] slide says you can do it. But now I’m looking at it — and it works.’”

Mojo Vision, as you might have guessed, makes smart augmented reality contact lenses. Or, rather, it will make smart augmented reality contact lenses when it’s ready to ship a product. For now, it’s still developing the technology and raising money. Lots and lots of money. In early May, it announced that it had raised an extra $51 million to build its inaugural product, the Mojo Lens. This is on top of the (at least) $108 million it has already raised, bringing its total cash haul to nearly $160 million.

And if it can do what the company claims it can, that money will be venture dollars well spent.

“Mojo Lens is a smart contact lens with a built-in display that gives you timely information without interrupting your focus,” Sinclair explains. “It’s all about elevating your vision by providing information exactly when you need it, all the while letting you look like yourself.”

This last part is one of the biggest reasons people are excited about Mojo Lens’ vision of augmented reality (AR), which seeks to expand our perception of the physical world by adding layers of digital information on top of it. 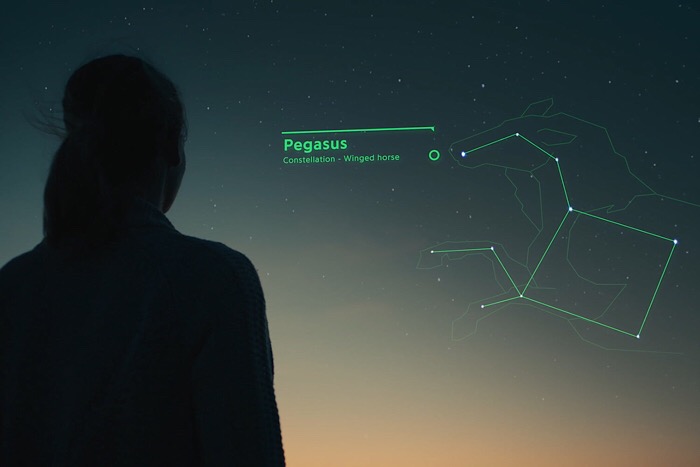 Augmented reality is, experts promise, the impending fourth platform of computing, an epoch waiting to happen. Paradigm shifts have occurred roughly every 15 years in computing: Personal computers in the early 1980s, the internet revolution of the mid-1990s, the mobile era starting in 2007. Such shifts shake up both what is technologically possible and which companies stand to benefit from it. The late Clayton Christensen’s much-cited Innovator’s Dilemma suggests that entrenched giants often miss out on disruptive innovation because they are so locked into what they are doing. They fail to see the wave breaking until they’re ready to be swept away.

In the case of AR, the tech incumbents are doing everything they can to not miss the swells of water threatening to erupt into a wave. Google Glass was an early attempt to capitalize on such augmented reality dreams. Apple, for its part, has ARKit and scores of patents for its own head-up display. Microsoft has HoloLens. Then there are Snapchat’s Spectacles, Magic Leap (which has received a big injection of Google money), and so on.

But despite this frenzied funding FOMO, no one has really yet nailed the perfect factor for AR. It’s impractical to walk through the world holding up a smartphone in front of our faces to see augmented layers of information. And while plenty of companies are building AR glasses, none has yet delivered a device so compelling that it signals the way to the future. In short, no one has yet built the iPhone of AR.

AR contact lenses could change that. They would be an example of what the late Mark Weiser, former chief technologist at the legendary tech research lab Xerox PARC, might have regarded as invisible computing. “The most profound technologies,” he wrote in a prescient article in 1991, “are those that disappear. They weave into the fabric of everyday life until they are indistinguishable from it.”

Or, in the case of Mojo Lens, weave their way onto your eyeballs. Unless explicitly designed to be noticeable, they would remain invisible to the user and other people until they were required not to be.

“It’s [hard to say what the most exciting use case for this is going to be] because every single person is different,” Sinclair said. “That’s like asking you what’s the most important app on your smartphone screen. It’s likely to be different than the most important one on my screen, which is then different from somebody else’s. The idea of a killer app is a difficult one.”

This isn’t due to too few compelling applications, however, but rather too many. “Something like this will be capable of giving you the information that’s important to you at any given moment, based on your context and what you’re doing, what you’re looking, at and where you are,” he said. “[It could be] helping you to remember someone you’ve met before, or showing you a virtual teleprompter as you’re giving a speech, or [providing] real time translation and closed captioning in the real world so that you can communicate with someone better. These are all superexciting applications to me.”

Mojo hasn’t actually built its first lenses yet. At least, not in the form that they’ll eventually ship in. It’s still assembling the puzzle pieces that it hopes to fit together when the time is right. The current display can squeeze 70,000 pixels into a space smaller than a half a millimeter across, making it the smallest and densest dynamic display ever made. Under a microscope, the company demonstrates this by showing off projected images like Albert Einstein sticking out his tongue. The user interface, meanwhile, currently exists as a proof-of-concept demo showcased to interested parties on a virtual reality (VR) headset — the kind of bulky gear it might one day help lay to rest.

Mojo Vision is having to invent everything from its own oxygenation system (it turns out that it’s pretty important that eyes can breathe) to custom chips to eye-tracking algorithms. “We’re trying to innovate in six or seven different, specific areas,” Sinclair said. “Pull all this together and it’s a very complex system … very audacious.”

The idea is that Mojo Lens could be controlled in several different ways. One would be via voice, carried out using some kind of “relay accessory” worn by the user. This hasn’t yet been finalized, but Sinclair suggested it could take the form of a hat, a helmet, a necklace, or anything else worn close to the head. This relay accessory would talk to both your contact lenses and your phone, and could carry out much of the computational firepower needed to pull up whatever data you require.

The other part is eye-tracking technology. The goal here is to figure out exactly where you’re looking, and what contextual information you are likely to want to see at that moment, without spamming your vision like pop-ups on the world’s most annoying website.

“We are building what we are pretty confident is going to be the best eye tracking in the world because we’re building all the motion sensors for tracking your eyes on the lens itself,” Sinclair said. “We’re not a camera, looking at the eye and trying to figure out where it’s going. We’re on the eye and we know exactly where it’s moving. That gives us a huge advantage as far as control is concerned.” All of this sounds spectacular. The question, of course, is when it’s going to be available to customers. An idea that sounds enticing does not guarantee a finished product that works as well as hoped. In Greek mythology, the Sirens were dangerous enchantresses luring sailors with their melodious voices, only for the ships to wind up dashed upon the rocks. Based on the hundreds of millions poured into AR so far by starstruck venture capitalists, with comparatively little to show for it, it’s possible to imagine augmented reality being the Siren technology of the 2020s.

Certainly, there are plenty of potential problems that could beset augmented reality startups — including Mojo Vision. Some of these are technical hurdles to overcome, either on the engineering side or things like having it approved as safe by the Food and Drug Administration (FDA). Others are related to compelling use cases, and building a developer community that will get behind a certain product. Still others will require the public, beyond a few early enthusiasts, to embrace the technology in large enough quantities that it can cross the chasm of user adoption.

Some things simply won’t be clear until the Mojo Lens is ready to ship. Will people be willing to place a hard contact lens over their eye to get state-of-the-art augmented reality experiences? Will people be freaked out about the privacy implications of wearables that appear more or less invisible? All of this remains unclear at present.

One thing that’s not up for question is that Mojo Vision has an impressive team behind it. The company’s CEO, Drew Perkins, has spent years working on the concept. Employees working on the project include veterans from Apple, Amazon, Google, HP, Microsoft, Motorola, and countless others. (Sinclair alone worked for Apple, Google, and HP.)

According to Sinclair, the initial rollout of the smart contact lenses will focus on helping people with visual impairments, followed by more enterprise-specific demonstrations such as helping first responders. Only after these two groups have shown their support will Mojo Vision target a consumer product.

That is, ultimately, where it plans to go — and certainly where the biggest market lies. No launch date for this has been announced, but Sinclair says, “it’s not something that’s or 10 or 20 years away.” So keep your eyes peeled.