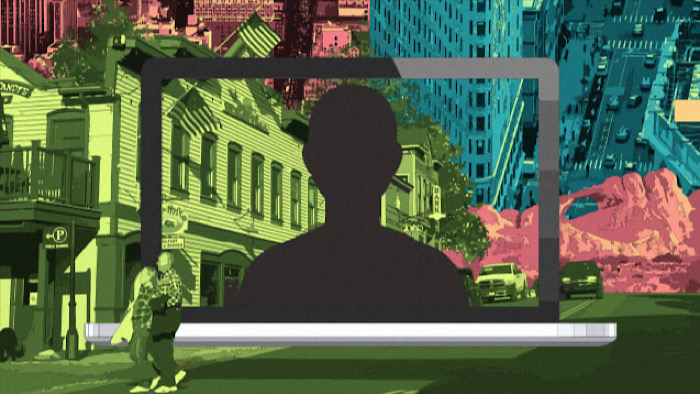 And many cities aren’t ready for the onslaught.

First, there were boomtowns. Now, there are Zoom towns.

The coronavirus pandemic is leading to a new phenomenon: a migration to “gateway communities,” or small towns near major public lands and ski resorts as people’s jobs increasingly become remote-friendly. This is straining the towns’ resources and putting pressure on them to adapt.

A new paper published in the Journal of the American Planning Association shows that populations in these communities were already growing before COVID-19 hit, leading to some problems traditionally thought of as urban issues, like lack of affordable housing, availability of public transit, congestion, and income inequality. And while COVID-19 has accelerated the friction, the study suggests that urban planners can help places adjust.

There has been a drastic increase in remote work since March, when the pandemic hit the U.S. Nearly 60% of employees are now working remotely full or part time, according to a recent Gallup poll. Nearly two-thirds of employees who have been working remotely would like to continue to do so, according to that same poll. That would seemingly give workers a lot more flexibility when it comes to where they call home.

Gateway communities in the West had already been feeling a strain, according to Danya Rumore, an assistant professor at the University of Utah who led the study. It looked at towns that had less than 25,000 people; were within 10 miles of a national park, monument, forest, lake, or river; and at least 15 miles from a census-designated urban area. They identified 1,522 towns that fit this description, conducted in-depth interviews with public officials from 25 of those communities, and then surveyed an additional 333 officials.

“One of the most striking results is the extent to which housing affordability and cost of living issues are a concern in gateway communities across the West,” says Rumore. “More than 80% of survey respondents from towns of all shapes and sizes said that housing affordability is moderately to extremely problematic for their community.” Second homes and short-term rentals were a main cause for concern. “The local workforce is simply priced out. . . . People who work here can no longer afford to work here,” said one community development director.

Places like Sandpoint, Idaho, which is located on a lake and near a popular ski resort, had already begun to see increased migration over the past 5 to 10 years. Now, it’s bracing for even more remote workers due to COVID-19, says Rumore, who is from Sandpoint and is currently looking into how the virus is affecting these gateway communities.

The question is whether they can adapt to the aforementioned big city challenges and develop sustainably. Many are experimenting with a range of possible ways to do so, like encouraging accessory dwelling units (small, secondary housing on existing property), relaxing land use and zoning regulations, developing publicly owned land for affordable housing, and increasing access to public transit and bike lanes, according to the study.

However, many of the communities lack staff and resources to get ahead of the curve—especially in a crisis. One interviewee in the study acknowledged his community was in a major period of growth and needed to get ahead of the curve, but “we didn’t have design guidelines in place.” So Rumore launched a related effort called the Gateway and Natural Amenity Region initiative to help.

GNAR is in the process of launching an online toolkit, which will provide basic urban planning information these communities need, like case studies and model ordinances. While the name “Zoom town” is a wink to the past, the researchers wrote in the paper that these small communities with big city problems might just be a peek into the future, as “valuable laboratories for novel planning approaches and planning innovation.”