END_OF_DOCUMENT_TOKEN_TO_BE_REPLACED

Insta360, the company behind cameras like the Insta360 One X, is aiming to redefine cinematic 360 with 11K footage captured by larger Micro Four Thirds sensors. On Monday, January 7, Insta360 unveiled the Titan, a cinematic 360 camera that the company says is the first standalone 360 camera to shoot in 11K. The Titan also uses the largest sensors for a standalone 360, Insta360 says, with eight Micro Four Thirds sensors.

The Titan, designed as a high-end cinematic virtual reality camera, captures 11K at 30 fps in the 360 format or 10K at 30 fps in the 3D format necessary for VR. The camera can also drop the resolution for faster frame rates, including 8K at 60 fps and 5.3K at 120 fps. Insta360 says the Micro Four Thirds sensors are essential to capturing a cinematic quality, since many use smaller sensors like the ones inside smartphones and action cameras.

END_OF_DOCUMENT_TOKEN_TO_BE_REPLACED

Want to dance like a professional ballerina or strut like a rapper? A new machine-learning technique can transfer one person’s motion to another in a simple process.

Mapping one person’s motion onto the movement of another has changed the way filmmakers, animators, and game designers create action. With this technique, one person can appear to dance, run, or shoot like somebody else.

END_OF_DOCUMENT_TOKEN_TO_BE_REPLACED 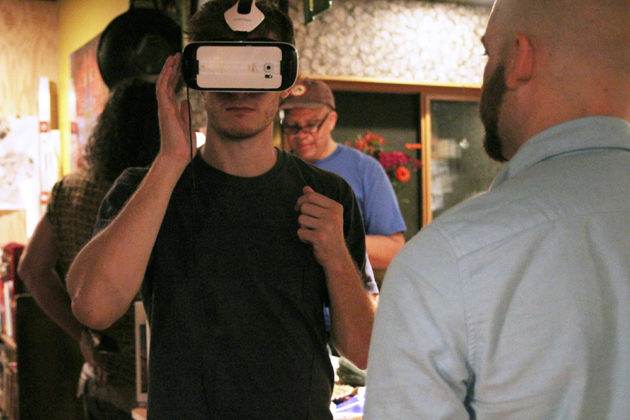 As the sun set over the Olympic Mountains on a warm and muggy Sunday, I trekked from the manicured suburbia of Sammamish, Wash., to Seattle’s historic Fort Lawton district, where an eclectic home, known as the Bird House, sits among low-hanging branches at the end of a quiet street.

The Bird House belongs to musician Perry Emge, and on this day, he and his home were playing host to the SIXR Festival’s Summer 2016 Cinematic VR Challenge.

END_OF_DOCUMENT_TOKEN_TO_BE_REPLACED